At lunch, the restroom is a circus of activity.  Several men are positioned around the lavatory, stripped to chonies, their garlic and b.o. scented clothes hang from convenience hooks in the block walls.  Some of them are talking, some are picking things off their bodies or from their noses.  There are three stalls and they’re occupied.  There is much unintelligible banter- punctuated by loud and sloppy discharges smelling of dead bodies and curry- through the doors of the stalls: they are either on the phone or talking to each other.  Two of them wash their feet in the sinks and another one gargles and sprays over the mirror in an entusiastic- near orgasmic- oral hygiene rite.  There are only three sinks (presumably one for each toilet), so a line’s formed behind the washers and gargler.  Another, older man, plucks hairs from his nose.  Both of the vigorously voiding gents emerge from their stalls, pull on their clothes, skipping the line to the sink, and leave.  They had already washed their feet.

This is the way it goes until the department head is replaced.

The new director is a retiree, a double-dipper.  He uses the director’s bathroom and doesn’t have to navigate chonies and loose stools.  Complaints are filed, two or three.  He doesn’t really care.

Two months later, there’s a sign up: Please don’t use sink to wash feets.  Use toilet bowl if U must.  The MGT.

The director had his intern make the sign.  She is cute but will only deal with so much more of his leering.  She definitely doesn’t care.

Now at lunch, the stalls are still occupied, but the incoherent lines are in front of them instead of the sink.  Sounds of continuous flushing create a shrill white noise that means the men must talk and hock loogies louder.  One man farts and pees in the sink.  Two others straddle the remaining basins, grunting and chatting away, clutching their phones like they’ve grown into their palms.  And there’s that same guy, peering between the straddlers, plucking his nose hair and cracking a joke.  The smell is unimaginable. 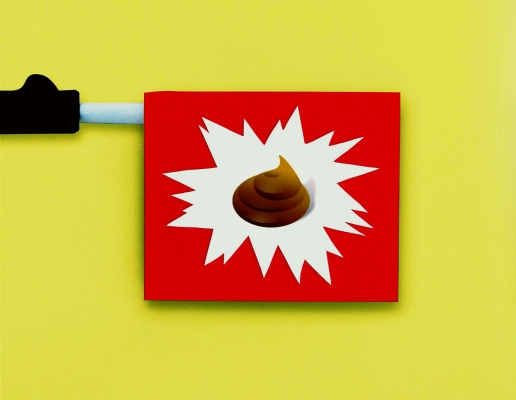